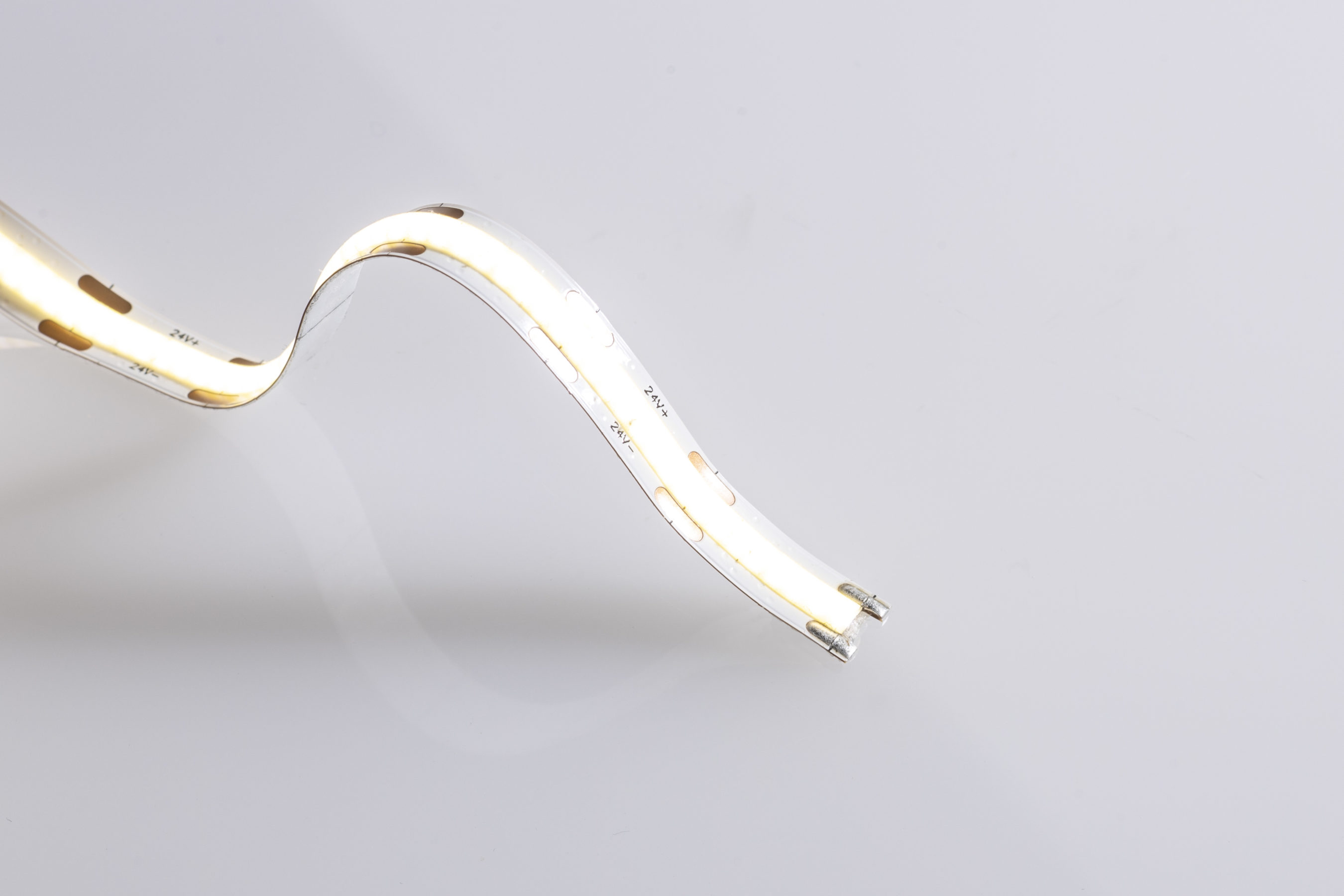 So what’s all the talk about chip-on-board (COB) LED lighting? At the end of the day, we can narrow it down to this LED’s ability to produce a linear, nearly dot-free light. But don’t just take our word for it. Let’s take a look at all of the benefits COB LEDs add to lighting packages.

What is Chip-on-Board LED technology?

When you look at a standard Surface Mount Device (SMD) LED light strip, there’s usually a package (2.8 x 3.5mm or 5.6 x 3.0mm) that’s connected by wire to the LED strip. Within this package, there are generally up to 120 LEDs per meter.

COB uses LED chips, or dies, directly wire bonded to the PCB, eliminating the need to expose the LEDs to the high temperatures of the soldering process. This also allows more LEDs to be packed onto a strip than with traditional surface mount LEDs — ultimately eliminating dotting. In fact, COB LEDs are about 1/10th the size of SMD LEDs, allowing a one-meter strip to hold anywhere from 480 to 800 LEDs.

Some of our smallest channels that can produce dotting with some LED strips are now dot-free when used with COB. Check out these examples:

Interested in incorporating COB LEDs into your next lighting project?

Find an Agent Near You