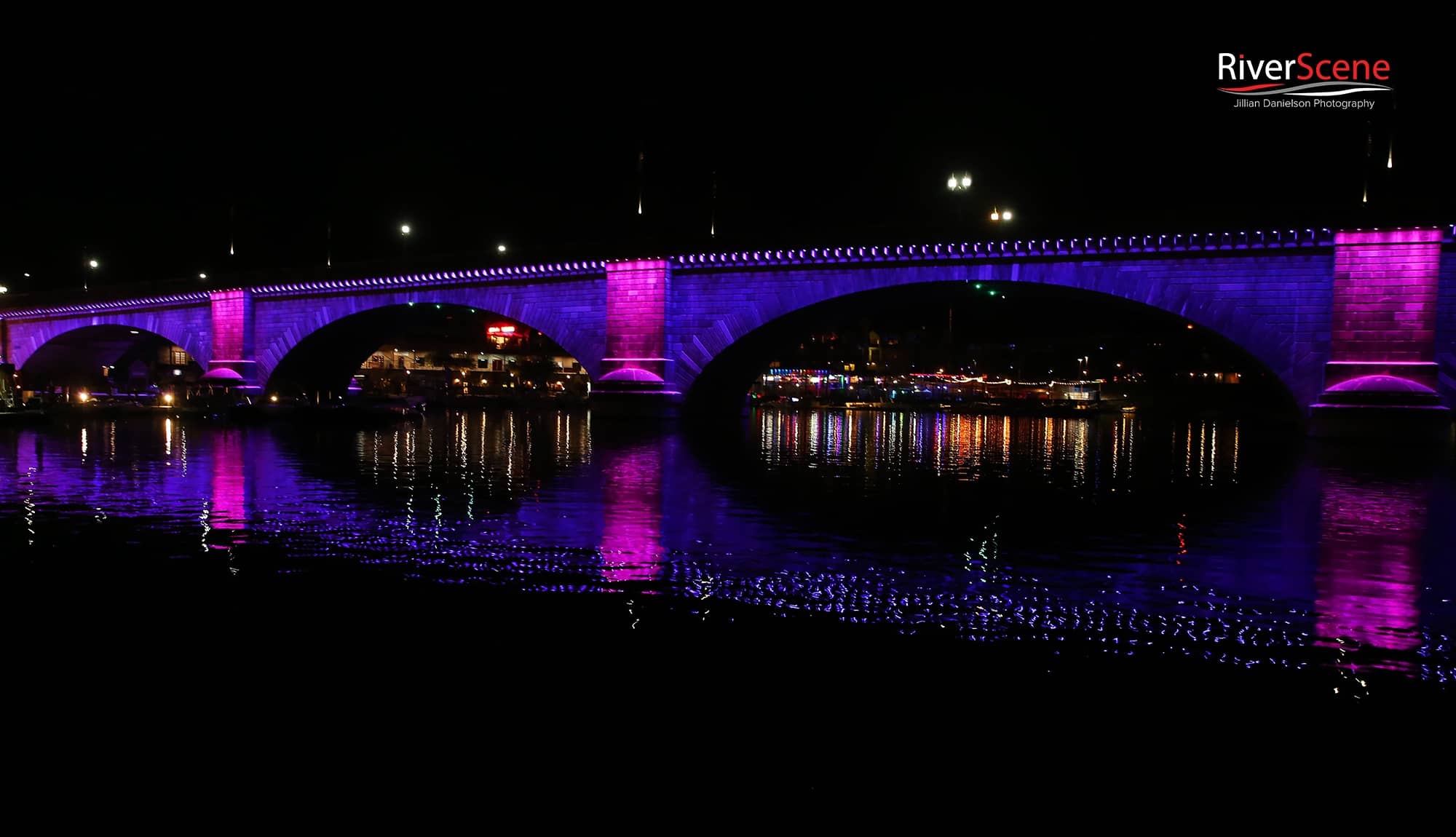 The London Bridge originally built in the 1830s formerly spanned the River Thames in London, England. In 1968, Robert P. McCullock, Sr. purchased the bridge from London and reconstructed in 1971 in Arizona. Coloronix had the opportunity to illuminate the bridge with our newly launched C-SS2-RGBW-8R-04 ColorFlood fixtures. A special crane was hung over the edge of the bridge to install each fixture one at a time—and there are A LOT of lights!

This project includes more than 700 C-SS2-RGBW-8R-04 round ColorFlood lights on the bridge connected with a 10 universe Pharos LPC to create some truly WOW pre-programmed color displays. Keun Kim is a programmer with Roth Lighting working directly with the City of Lake Havasu to program scenes for holidays and special events as well as several colorful looks for everyday displays. 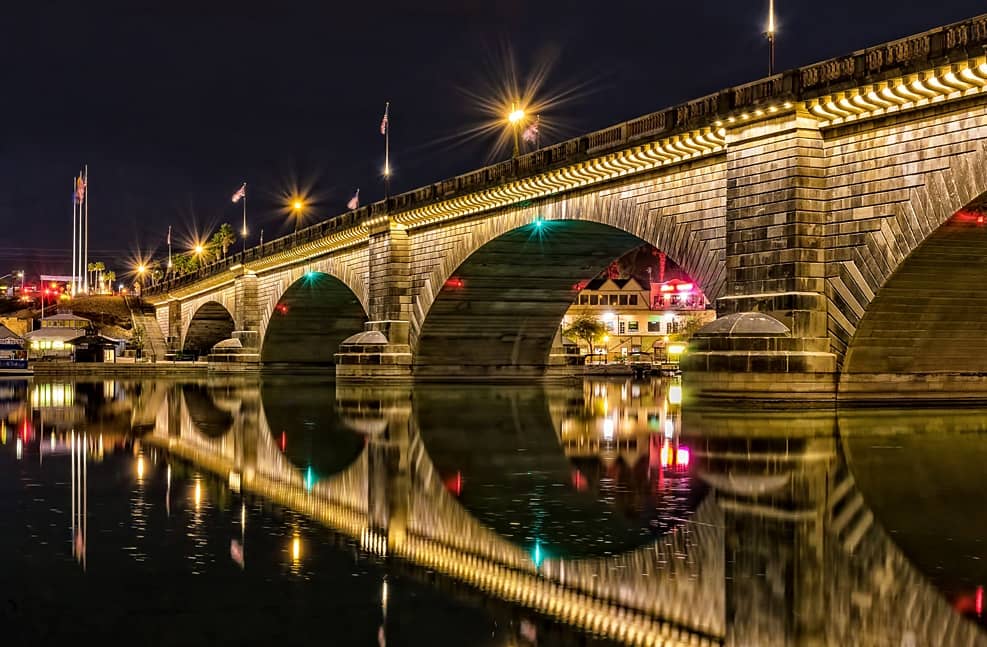 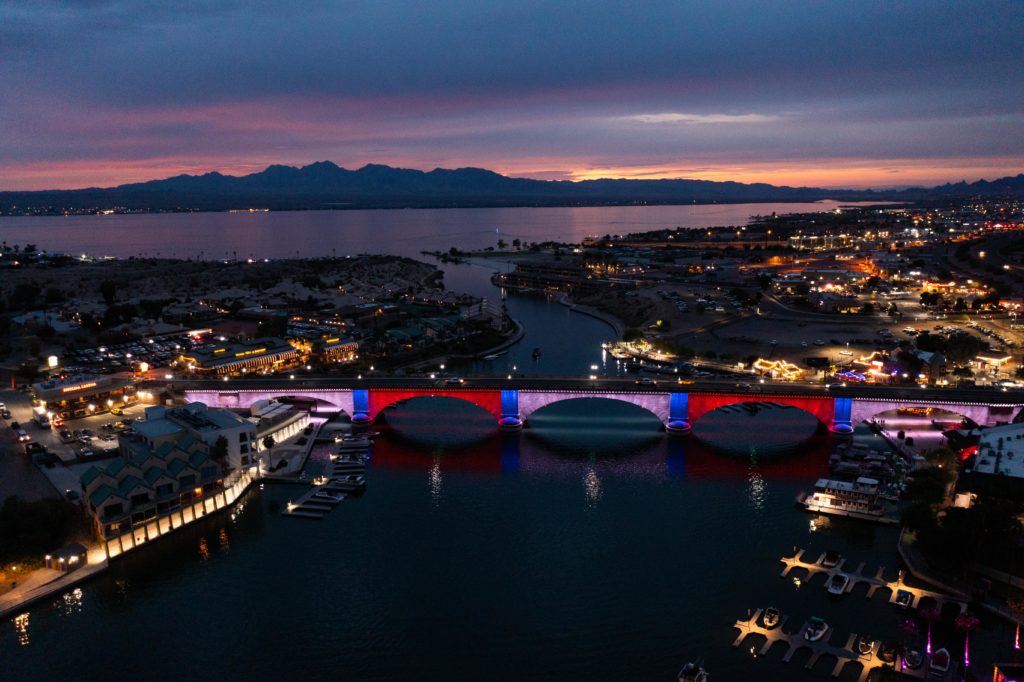 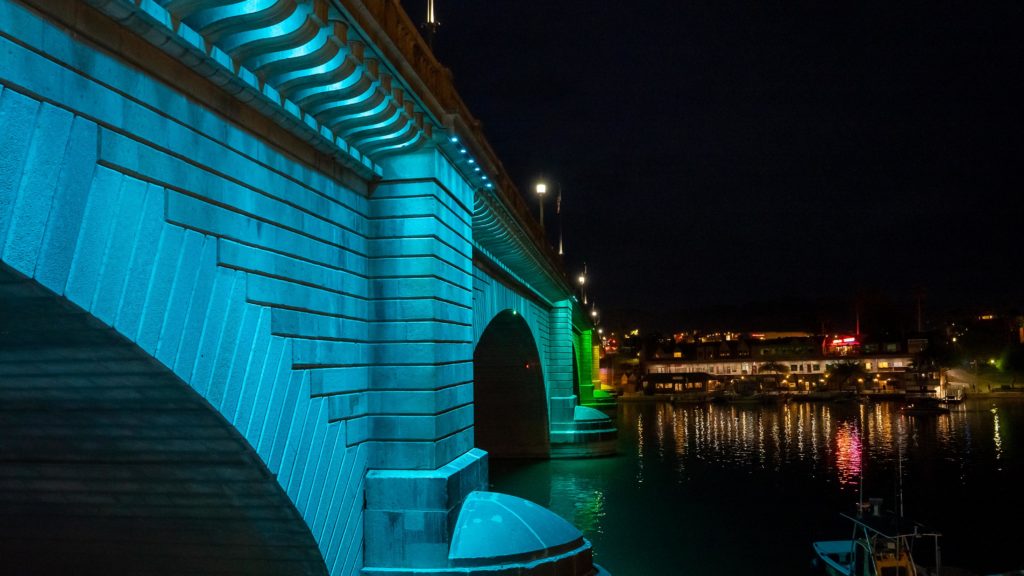 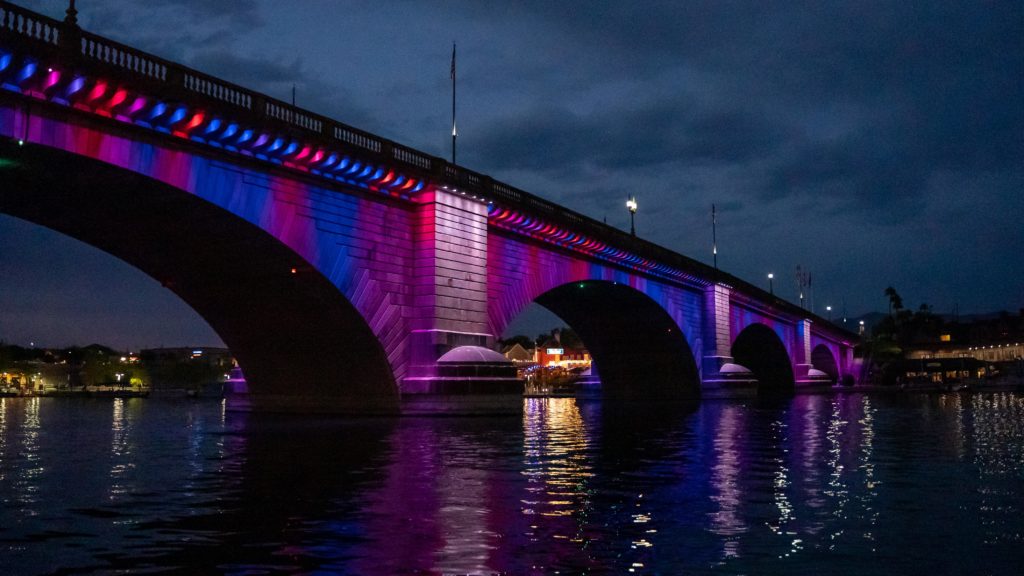 Bring Your Vision to Life

We handle large, high-complexity LED lighting packages — but don’t take our word for it. Check out what we’ve done.